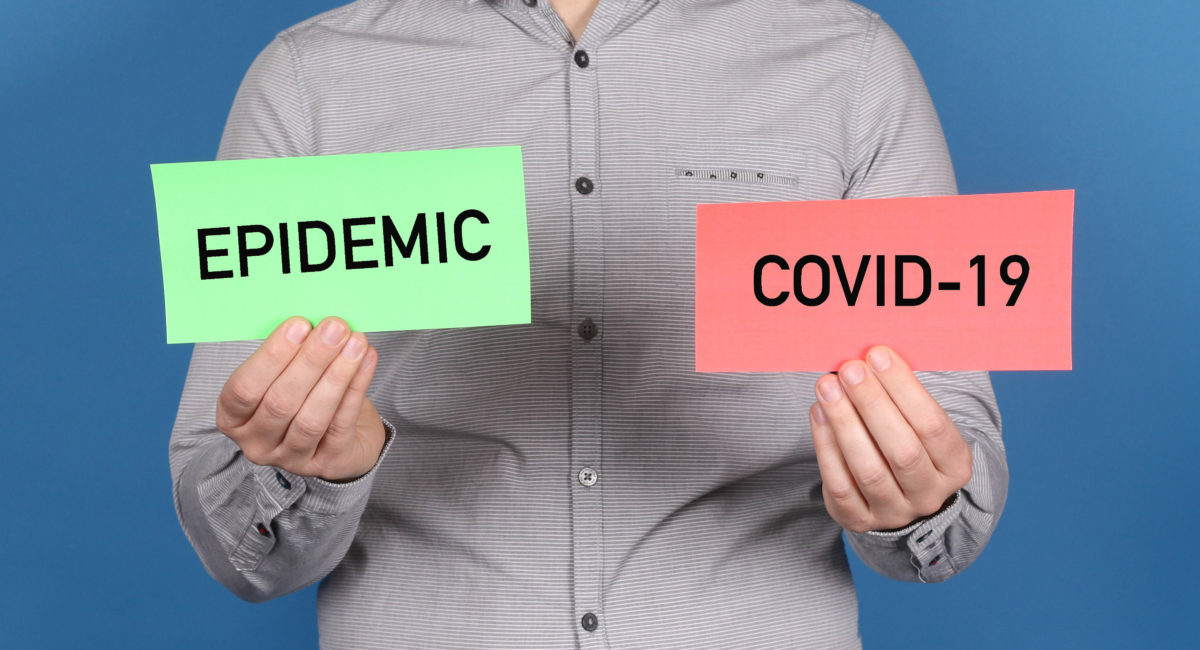 In the content of this article we analyze the ways for the General Meeting of Shareholders could be organized online, through device of communication, using applications which can ensure the transmission of real-time information. This follows the emergency status of COVID 19 pandemic and the draft of a Government Emergency Ordinance (G.E.O.) put into public debate by the Romanian Government. The completion of the law of companies by the G.E.O. is due to the fact that the regulation is rudimentary and the law is not clear in all aspects, so the Government has decided that the best solution, for this emergency state, is to issue some measures that come in favor of shareholders and clarify some aspects of the General Meeting of Shareholders. The article is based on interpretation of doctrine and case-law and, on places, we have included several provisions from the draft of Emergency Ordinance. We will also bring to the attention of readers the role of lawyers in customer assistance and how shareholders can be represented to vote in General Meetings through empowered persons

Convocations. How to convoke and the place for holding meetings

For the limited liability companies (L.L.C.) the General Meeting of Shareholders is the company’s deliberation and decision-making body. In order to be able to deliberate and take a resolution in an L.L.C., there must be a legal convocation, which according to the law, is made for the meetings to be hold at the company’s registered office. The modernisation of the law and the ways of holding the General Meetings has led to a new perspective, to streamline the formalities of company, meaning that the General Meeting of Shareholders can also be held in a place other than registered office, for example online environment.

In the case of joint stock companies, the General Meeting of Shareholders is the deliberation and decision-making body of the company. Regarding the place for gathering of the shareholders, we have a legal provision allowing the meeting to be convened both at the company’s registered office and also, according with Article 110 p. (2) from Companies Act, in another place chose by will.

We are looking at a special provision, Article 117 p. (4), which tells us that the convocation act may be made only by registered letter or, if the articles of incorporation permits, by letter sent electronically, with the extended electronic signature, attached or logically associated with it, sent by at least 30 days before the date of the meeting, to the shareholder, registered in the shareholder’s list. However, the methods of convening referred to in the preceding paragraph may not be used if they are forbidden by the company’s articles of incorporation or by other legal provisions.

During the period of emergency status, in accordance with the provisions G.E.O. draft in Article 1 we may have a convocation which complies with both the requirements laid down in Article 117 p. (1) from companies Act regarding the necessity of publication of the convocation in Official Gazette and in a widely distributed newspaper as well as those provided by G.E.O.. draft which permits the convocation to be communicated by any means which ensures the transmission of the text, to an address previously provided by each shareholder to the administrators/board of directors/directorate, including the e-mail address or other coordinates at which he may receive correspondence with the company. Both possibilities are equally applicable.

Also during the emergency status, the convocation may be transmitted, but not necessary, electronically by attached or logically associated with the extended electronic signature, by telefax or other means of distance communication ensuring the transmission of the text. The time limits for convocation of the general meeting may be reduced, in an emergency state, without being less than half the time limits laid down in the Companies Act. That means not less than 15 days in case of joint stock companies and not less than 5 days in the case of limited liability companies.

The convocation shall include the place and date of the meeting, as well as the agenda, with an explicit mention of all the issues to be discussed by the General Meeting.

For limited liability companies, as we have stated above, the resolutions are taken in the General Meeting of Shareholders, which means that the shareholders must actually attend the meeting and take part in the deliberation and decision.

In this period, we consider that deliberation and decision-making can be ensured as long as exist any means of distance communication which ensure the flow of information transmitted and received in real time, without the need for the presence of shareholders in these meetings. Such applications that can ensure the compliance of information can be, for example, Skype, Microsoft Meetings, Zoom Meetings, as well as other types of applications, even mobile phone. As long as shareholders agree on a particular application there will be no impediments. If the shareholders are not present and the articles of incorporation permits, in accordance with Article 191 p. 2 of the Companies Act, the vote shall be sent by mail. This provision is a general one.

However, if the General Meeting is conducted through an online communication channel then their presence is assured and there will not be a postal vote but the vote will be done in real time.

In the context of the draft of the Emergency Ordinance, the Romanian Government also includes the fact that general meetings of shareholders may take place, even if the articles of incorporation does not provide or prohibit, by correspondence or by electronic means of distance communication. It should be noted that this is possible only during the emergency status and up to three months after the end of this status, in the case of convocations and meetings after the state of emergency, and the body of the company which will thus convoke the meeting will have to specify how to hold meetings by convocation.

In the case of joint stock companies, there are some special provisions.

In the case of closed-end joint stock companies, it may be agreed by the articles of incorporation to hold general meetings also by correspondence and by modern means of communication in order to facilitate the participation of shareholders by distance. On the other hand, in the case of companies admitted to trading, it is an obligation for the company to draw up procedures to enable shareholders to vote by mail, as presented by Directive 2007/36/EC of the European Parliament and of the Council. Which tells us that voting without physical attendance at the general meeting, by mail or by electronic means, must not be subject to any constraints other than those necessary to verify the identity and security of electronic communications.

The provisions laid down in Directive 2007/36/EC of the European Parliament and of the Council were also taken up in the draft emergency ordinance and thus, by a derogation from the rules set out above, both in the case of joint stock companies and in the case of limited liability companies, the general meeting of shareholders may be held by electronic means, such as teleconference or videoconference, which may respect the secrecy of the vote and the right to vote by mail. In other words, although this is possible by doctrinal and case-law interpretation, the Romanian Government, for a moment, introduces this possibility through the law.

Vote by representation. The role of the lawyer

The Companies Act provides that the shareholder will personally sign the resolution or decision which was adopted. But what happens if the shareholder cannot attend the General Meeting of the Shareholders?

Representation of shareholders shall be made by a written power of attorney showing the exact voting method for each project written on the agenda in order to avoid any further challenge. This form of power of attorney is recognised both doctrinally and by case-law interpretation.

We consider that the representative of the shareholders may in this case be a lawyer and the place for gathering the General Meeting of Shareholders may be at its registered office. However, as mentioned above, the power of attorney which was granted must meet all the requirements of a mandate in special form because the exercise of the right to vote in a General Meeting of Shareholders must cover specific issues that have been set out in the agenda.

The lawyer acting as a representative may hold proxies conferred by several shareholders, since the number of shareholders thus represented is not limited. When a representative holds proxies conferred by more than one shareholder, the applicable law allows him to vote differently, but in confidence with the power of attorney. Indeed, these provisions are taken from the applicable rules of listed companies (Article 10 p. 5 of Directive 2007/36/EC of the European Parliament and of the Council) but we consider that they can also be interpreted in favour of limited liability companies.

According to the draft Emergency Ordinance, when shareholders participate in the general meeting by representative, the original document of power of attorney shall be forwarded before the meeting, by registered letter, mail, courier services, by electronic mail or other means of distance communication ensuring the transmission of the text, in the case of mandates signed with extended electronic signature and scanned mandates. In this case, the power of attorney shall be submitted, in original, for archiving purposes, at the company’s registered office within 5 days of the end of the emergency status.

Finally, we would point out that the representative is obliged to comply with all given instructions from the shareholder, otherwise the vote could be challenged by judicial procedure.

Costaș, Negru & Asociații provides legal assistance and representation for all procedures before the Registry of Commerce, as well as legal assistance in preparing shareholders’  meetings and drafting all the necessary paperwork.

This article was prepared for the website of Costaș, Negru & Asociații by Mr. Bogdan Ioniță (an independent lawyer working with us under the Best Friends Team Concept, Arad Bar Association) and Mr. Adrian Docoli (Cluj Bar Association).