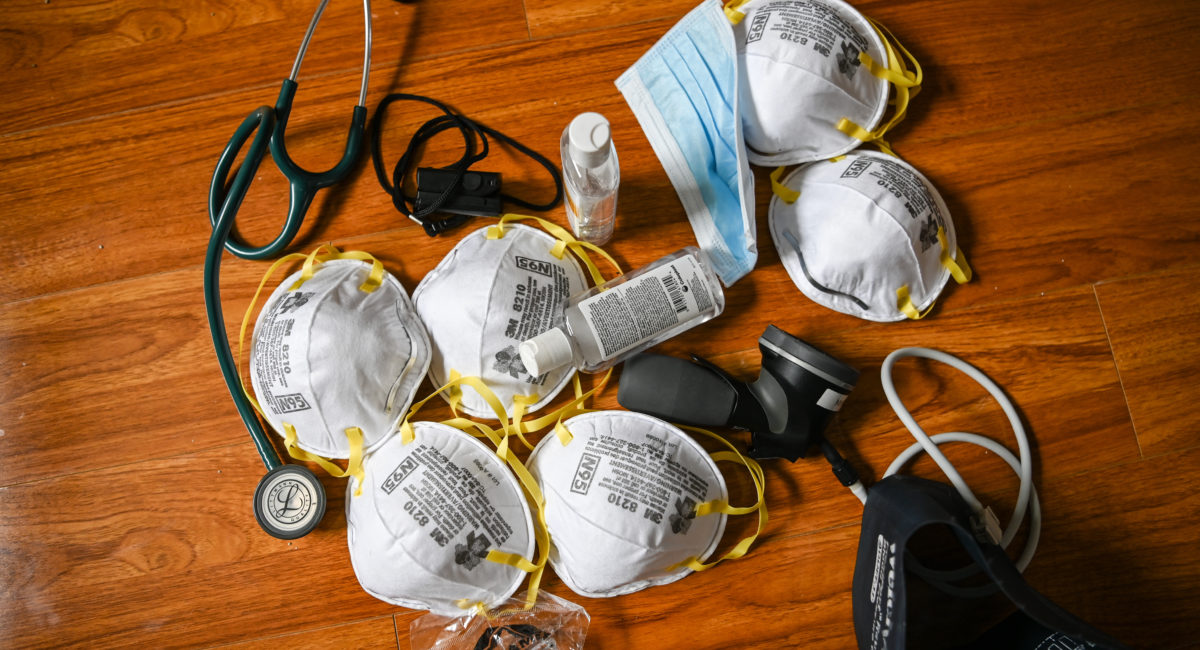 Risks involved in trading medical devices during the state of emergency

Although Romania has started the acquisitions regarding the stocks of medical devices since February 2020, from the moment Government Emergency Ordinance no. 11/2020 entered into force, as the officials have said, in the foreseeable context of the worsening of the medical situation in the country and of the exponential increase of the number of illnesses with the SARS CoV-19 virus, these stocks were quickly depleted.

In this context, individuals with an initiative spirit who came up with the idea of ​​obtaining significant incomes in a relatively easy and quick way did not waste any time and came up with various ideas.

At first glance, it seems that these entrepreneurs were inventive and found different logistical and organizational methods, which we will discuss below, for importing industrial quantities of medical masks, surgical gloves, suits, disinfectants and other such medical devices , which, subsequently, they marketed in the country, the main beneficiary being the Romanian state.

However, some of the methods used may prove to be harmful in the long run, given that carrying out activities that involve the marketing of medical devices requires prior approval.

The procedure for obtaining such opinions is not a simple one; it initially implies the formulation of a request in this sense by the person who wishes to activate in this field, following which the ANMDMR (National Agency for Medicines and Medical Devices in Romania) will carry out an assessment of the competence and ability to perform those activities for which the opinion is requested. Because the law does not provide for a derogatory term, the term for solving the request is the general one, of 30 days. The evaluation is objectified in a report, and based on the ANMDMR report will issue or not the respective opinion.

Moreover, the Implementing Norms of the Order of the health minister no. 566/2020 for the approval of the Methodological Norms for the application of Title XX of Law no. 95/2006 provide that the economic operator wishing to operate in this field must have, within its own organization, the services of at least one person responsible for compliance with the regulations specific to the field of medical devices, applicable to the activity performed by the economic operator , who possess the necessary expertise in this field. These legal norms, contained in Order no. 566/2020 and the connected legislation, are to be applied starting from 8 April 2020.

Returning to the methods used these days by individuals, the first and most dangerous way used by the persons who carry out more recently and occasionally such operations is the marketing of products by natural persons or legal persons directly, as sellers, without having in priorapproval required. Such an activity is obviously illicit and generates many risks (according to our professional evaluation).

It should be specified that the persons concerned have successfully concluded contracts with various beneficiaries due to the fact that according to art. 5 of Law no. 359/2004 regarding the simplification of the formalities for the registration in the trade register of natural persons, family associations and legal persons, their fiscal registration, as well as when authorizing the functioning of legal persons, by authorizing the operation is understood “assuming the responsibility of the applicant regarding the legality of the conduct declared activities”. This means that the verification by the competent authorities to authorize the operation is subsequent, not prior to the start of the activity, so that the commercial activity can start based on a simple assumption of the trader’s responsibility for the legality of the activity.

Given that they have assumed responsibility for the lawfulness of the activity, they are in danger of being criminally investigated for committing the crime of forgery and use of forgery. With regard to the income obtained as a result of the commission of the crime, they might be confiscated.

Regarding this kind of aassociation, any risks will be borne jointly by the partners. However, the risks differ, here it is no longer about the risk of carrying out an activity without the necessary approvals, but about the sanctions to which those who took advantage of the state of emergency are exposed, practicing exorbitant prices in relation to the state.

The most attractive of the ways, however, remains the intermediation. Specifically, a person who has the contact, the possibility to import (the much sought after at this moment) medical devices, but does not have the necessary approvals, concludes an intermediation contract with a person / company that already has these approvals. The contract can take various forms, depending on the specific situation.

Thus, if the intermediary has contact with the manufacturer, he may contractually establish a fixed remuneration or as a percentage of the price of the new contract, to connect the customer with the producer, remuneration which he will receive from the customer, if this contract is concluded.

However, if the intermediary has contact with both the manufacturer and potential buyers, he may conclude an intermediation contract with the customer, establishing a fixed remuneration / percentage of the price of each subsequent contract concluded between the customer and the buyers with whom he contacted. This method is preferable if all interested parties seek to carry out more than one import and to conclude several contracts, with the consequence that an additional act is concluded on the occasion of each new contract.

Costaș, Negru & Asociații provides guidance for all the procedures concerning authorization for the sale and distribution of medical supplies, as well as legal assistance for drafting the necessary legal documentation. We also supply the best of legal services as far as the choosing and implementation of a suitable legal solution for a certain business are concerned.

This article was prepared for the website of Costaș, Negru & Asociații by Ms. Clara Andrada Dohotar (Bucharest Bar Association).