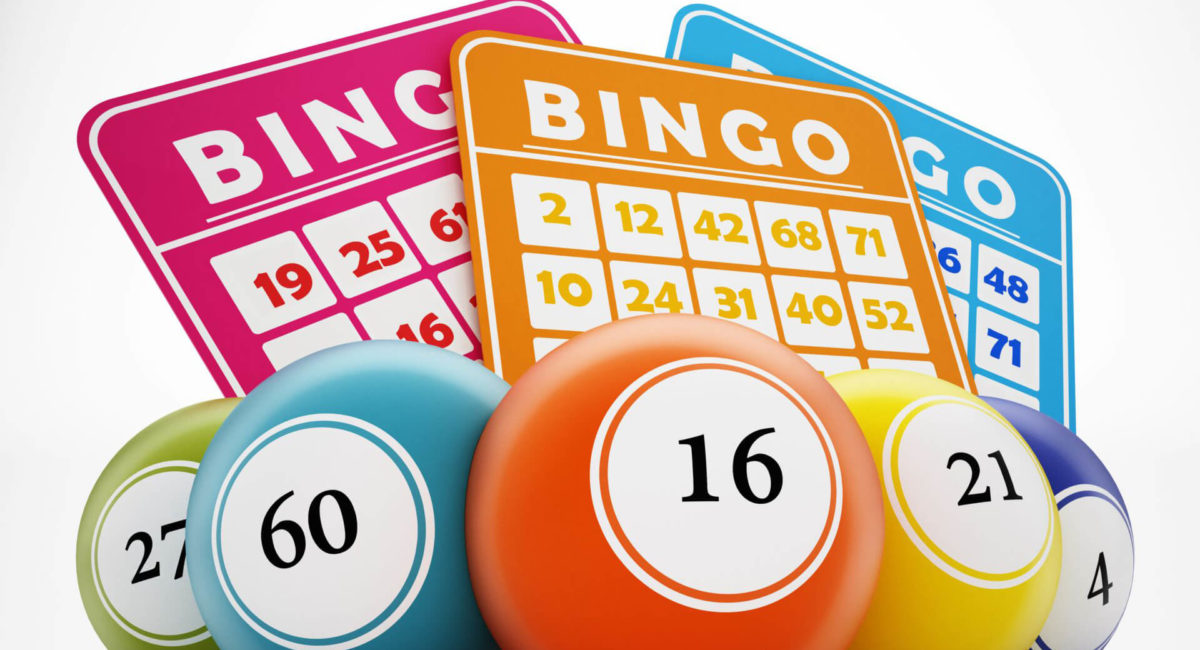 The solutions in legal matters are sometimes like the results of any gambling: at the hand of chance. For the Costaș, Negru & Asociaţii lawyers’ civil partnership any solution that validates a complex argumentation, presented in hundreds of pages of conclusions and supported with all the force of the legal plea, is a proof that the fiscal processes can be more than a simple gambling.

With an undisputed satisfaction, Costaș, Negru & Asociaţii lawyers’ civil partnership announces that by the civil decision no. 1764 / 8.04.2020 of the High Court of Cassation and Justice – The Contentious Administrative and Fiscal Section was allowed the appeal of the company, the civil sentence no. 63 / 15.02.2017 of the Cluj Court of Appeal – Section III Administrative and Fiscal Contentious and, in re-examination, fiscal obligations were canceled in a total amount of 34,053,110 lei wrongly established by the County Administration of Public Finances Bistrița-Năsăud. This is the definitive result of a fiscal process started in 2015 and completed after four and a half years.

The legal issues in question concerned the correct application of the tax for gambling in the case of the sole economic operator of a gambling, televised bingo, for the period May 2010 – February 2012. On the same occasion, essential issues were discussed. they are related to the tax advertising of some regulations or norms and the way in which the tax authorities understand to make publicly known various “drawer rules” which they then consider objectionable to the taxpayers.

In the completed business, the main discussion looked at the annual gambling authorization fee, for the period during which the applicant company organized the Super Bingo Metropolis televised bingo gambling, respectively 2.05.2010 – 12.02.2012. This tax was regulated, during the relevant period, by the O.U.G. no. 77/2009 and Annex no. 11 the H.G. no. 870/2009.

For the purposes of those contained in the fiscal inspection report, the fiscal inspection initiated on 17.02.2012 was based on a request from the Directorate General for Fiscal Coordination within the National Agency for Fiscal Administration (no. 3664 / 10.02.2012). In turn, the National Agency for Fiscal Administration would have been based on two internal addresses – address no. 822049 / 4.10.2010 of the General Legal Division of the National Agency for Fiscal Administrations and the address no. 720507 / 28.09.2010 of the General Directorate of Management of Specific Regulated Domains within the Ministry of Public Finance. Basically, through these pro-opinions, issued unpublished and not known to the public, it would have been established that the phrase “effective receipts” used by art. 14 paragraph (2) pt. (Iii) lit. b) from O.U.G. no. 77/2009 would represent the total amount of the proceeds from the sale of the participation cards at the bingo game, and not the amount resulting from the deduction of the prizes awarded. The tax inspectors have accepted this opinion, based on the principle of hierarchical subordination, considering that including the modification of the declaration form made by H.G. no. 823/2011 was done for the same reason. As a consequence, for the 99 bingo games organized during the inspected period, the annual fee was recalculated, by applying the percentage of 20% or 10% on the total revenue from the sale of playing cards and not on the actual income realized by the company. organizer of the bingo game. This was the result of the disputed fiscal obligations in question, in a total amount of 34,053,110 lei.

In the dispute, the applicant company claimed that there is no form of tax advertising of the interpretation of which the tax prevails. Basically, the interpretative addresses on which the decision to perform the fiscal inspection is based and then the linear conduct of the bodies within the structure of the National Tax Administration Agency are addresses drawn up for the cause, with an absolutely uncertain origin. It is worth noting that they come from organs with no competence in the field of gambling authorization and regulation and that they take the form of drawer addresses, not communicated to the public. A natural question arises: since the treasury knew in 2010 what the correct interpretation of the law text is and what amounts it had to collect, why this interpretation was opposed to the only organizer of the bingo televised gambling only in the year 2012? For a lawyer, the lack of fiscal advertising has only one consequence: the normative act or the unpublished interpretive act is not opposed to the taxpayer. Two other elements can be considered in the same sense:

– The company has also been subject to financial control along the lines of preventing and combating tax evasion, by the Financial Guard – the Commissariat General (18.06.2010). And this control established that the applicant company correctly calculated and turned over to the state budget the tax provided by the O.U.G. no. 77/2009.

It is extremely important, in our opinion, that the taxpayer’s interpretation regarding the way of calculating the tax was also confirmed by the address no. 410045 of 18.03.2014 of the National Office for Gambling. In this respect, we will note that this office is the only specialized body with attributions in the field of authorization and regulation in the field of gambling.

The team of lawyers who provided the representation in question asked the tax litigation courts to note that, due to the specific regulations in the field, within the organization of the bingo game through the television network systems, the applicant company was obliged to communicate daily, in real time. , To the Ministry of Public Finance, all the data regarding the total revenues obtained from the sale of playing cards and the total prizes distributed. This was done, during the relevant period, through a terminal interconnected to the control system within the Ministry of Public Finance.

Finally, it was pointed out that as a result of the problems reported by the operator and the National Gambling Office, a legislative change also took place, exactly in the sense shown by us. Thus, according to art. 11 paragraph (1) of the O.U.G. no. 77/2009, text introduced by O.U.G. no. 92/2014, it is expressly provided that for the calculation of the tax related to the gambling authorization, the revenue from the gambling of a licensed operator is calculated as the difference between the amounts collected from the players with the title of participation fee in the game and the prizes granted. Quod erat demonstrandum.

In the opinion of Costaș, Negru & Asociaţii lawyers’ civil partnership, confirmed by the High Court of Cassation and Justice, the interpretation of the tax was in any case erroneous, regarding the calculation of the annual tax for the authorization of gambling.

Generally speaking, we mention that in the case of gambling, the economic-financial operation begins when the organizer of gambling, based on the license and authorization held, makes the participants an offer stipulated in the Game Regulations, and as a result of this offer, the participants in the game deposit money in exchange for the right to participate in the game. More precisely, the participants receive in exchange for the amounts deposited game credits, tokens, impulses, participation tickets, so they change the amounts of their own money in financial means, in the form of their own auxiliary means of play. The total amount collected, on behalf of the participants, bears the specific name of participation fee.

Direct participation fee means the amount of money directly received from the participant by the organizer in exchange for the right to participate in the game, as provided in art. 4 paragraph (1) of the O.U.G. no. 77/2009. According to the provisions of art. 5 paragraph (4) of the O.U.G. no. 77/2009, the auxiliary means of gambling representing tokens, impulses, vouchers or the like constitute financial means that compete in the organization and operation of gambling.

After the end of the game edition, the organizer, following the promise made by the Game Regulations (in fact, a real contract), distributes the profits obtained by the participants with the fulfillment of the obligation to withhold the tax due. Practically at this moment the economic-financial operation is concluded with the realization of the income, registering the operation performed in the supporting documents, in order to be registered in the accounting, as follows:

Step 2. Establishing the prize funds, in the amount stipulated by law, that is between 40 – 60% of the participation fee collected for the televised bingo game.

Step 3. Organizing and exploiting the means of gambling in order to establish and register the winners (organization and conduct of gambling).

Step 4. Establishing the income, from the activity of gambling, by deducting from the total participation fee collected, the prizes granted and recording the income in accounting.

Step 5. Establishing the authorization fee, by applying the tax rate on the realized income, in order to recalculate and regularize with the amounts paid in advance.

The applicant company correctly proceeded to calculate the annual license fee for bingo type gambling transmitted through the television network systems, applying the notion of “effective receipts” as the difference between the value of the cards sold minus the total prizes awarded, according to the provisions of art. . 14 paragraph (2) lit. a) point (iii), in conjunction with the provisions of point 1, chap. II, lit. G from O.U.G. no. 77/2009, also taking into consideration the provisions of H.G. no. 870/2009 for approving the methodological norms for applying the O.U.G. no. 77/2009.

As far as we are concerned, we have firmly and apparently successfully argued that the O.U.G. no. 77/2009 is necessarily corroborated with the legal provisions indicated below:

a. The provisions of the O.U.G. no. 92/2014, which at art. 11 paragraph (1) indicates that for the calculation of the tax related to the gambling authorization, the revenue from the gambling of a licensed operator is calculated as the difference between the amounts collected from players with the participation fee as a game and the prizes awarded (including jack pot), for each type of game on a calendar day / month, according to item 1 II of the Annex to the GEO no. 77/2009.

b. Green Paper – Commission of the European Union on on-line gambling in the internal market, specifying that in 2008 the annual revenues generated by the gambling sector, measured on the basis of gross gaming revenues (Gross Gaming Revenues – GGR), respectively the stakes without prizes, were estimated at 75.9 billion euros (EU – 2012), which shows the economic importance of the sector.

c. International Accounting Standard 18 – Revenue, where it is shown that “Revenue represents the gross inflow of economic benefits during the period, generated in the course of the ordinary activities of an entity, when this entry results in increases in equity, other rather than increases related to participants’ contributions to equity. Income includes only gross inflows of economic benefits received or receivable by the entity on its own behalf. Amounts collected on behalf of third parties, such as sales taxes, taxes on goods and services, and VAT are not economic benefits generated for the entity and do not result in increases in equity. ”

It is important to note that, in the context of the dispute, all the arguments of the applicant company were validated even before the substantive court through an expert report prepared by two independent experts. For reasons that cannot be legally explained, the Cluj Court of Appeal totally ignored this key evidence.

Costaș, Negru & Asociaţii lawyers’ civil partnership is specialized in tax litigation and has a great experience in the legal issues related to the taxation of gambling. The complex businesses of the type summarized here give us the opportunity to present our arguments in full and make the most of this experience, meaning that we thank our clients for the trust they give us.