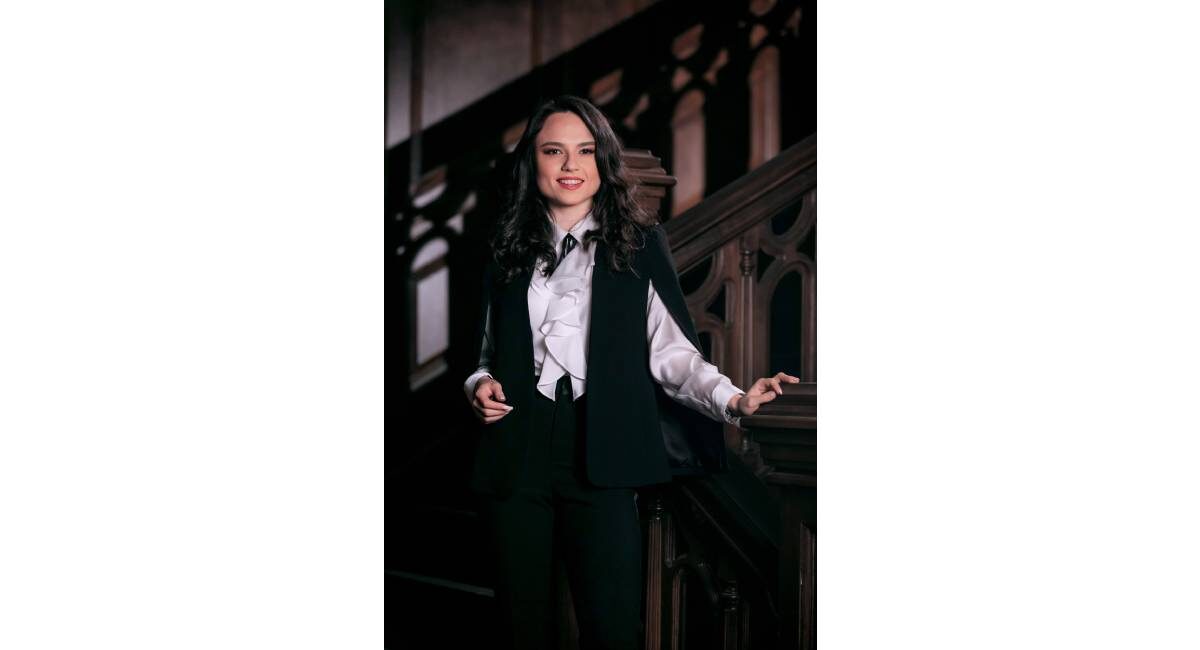 Chaos in airports. Fear of flying replaced by fear of not flying?

Given the recent events at all the airports around the world regarding the thousands of flights being delayed or even canceled due to staff shortages and high demand, coupled with the chaos caused by increasingly frequent strikes, as well as problems with lost luggage or travel documents, we want to present you a favorable solution pronounced by the Arad Court regarding the situation of a canceled flight.

In a recently successfully litigation, managed by our law firm, we requested compensation under Regulation no. 261/2004, fue do the cancellation of a flight on the Amsterdam-Zanzibar route.

We make it known from the outset that if a flight is canceled by an air carrier, passengers may request compensation from the carrier.

According to art. 5 para. (1) in conjunction with art. 7 para. (1) lit. c) from Regulation no. 261/2004 of the European Parliament and of the Council of the European Union, the cancellation of the flight entitles the passenger to compensation in the amount of 600 euros. We underline the fact that we were not in the exceptional situation of point 2 of the same legal text, which stipulates that compensation is not granted if passengers are informed of this cancellation less than seven days before the departure time.

We also mention that the notion of “cancellation” provided for in Article 2 (l) of the Regulation also covers the case of an aircraft that takes off, but for some reason is later obliged to return to the airport of departure where the passengers of the respective aircraft are transferred to other flights.

Very briefly, the situation of the clients we represented is as it follows:

On February 28, 2021, they took off from Amsterdam with the final destination of Zanzibar on flight KL 0515. During the flight, after passing over Greek airspace, they were notified by the aircraft crew that the pilot had hit a flock of birds and that he was had to turn the aircraft around at Amsterdam airport.

In addition to the information received, they were announced that the engine is still functional and that from a technical point of view the plane can successfully reach Zanzibar. Despite this, in justification of the return to Amsterdam, they were told that there were no mechanics available in Zanzibar who could carry out the necessary repairs to the aircraft, as it was not fit to fly the Zanzibar-Amsterdam distance without repairs.

After this announcement they flew back to Amsterdam for 3 and a half hours where they were met by another aircraft, arriving at their final destination in Zanzibar with a delay of approximately 8 hours.

Initially, the first court qualified the collision between the flock of birds and the aircraft in which the passengers were as an “exceptional event” that could not be avoided, despite the fact that the air operation did not demonstrate that all possible measures were taken and ordered the dismissal of the subpoena I filed.

The appeal court, however, followed the jurisprudence of the European Union Court of Justice (Case C-549/07 Friederike Wallentin-Hermann v Alitalia – Linee Aeree Italiane SpA), which provides that Article 5 paragraph (3) of Regulation (EC) No. 261/2004 must be interpreted in the sense that a technical issue such as the one discussed in the main dispute, which arose unexpectedly, which cannot be attributed to poor maintenance and which was not discovered during a normal maintenance operation, does not fall within the scope of the notion of “exceptional circumstances” within the meaning of this provision.

It is self-evident that the need to return to Amsterdam airport to carry out the technical verification of the damage suffered by the aircraft occurred only after the time of its collision with a flock of birds and that regardless of the method of approach it is impossible to maintain that this it could not have been avoided by the submission of all the necessary diligence by the qualified personnel to carry out the routine control, since the existence of a cause-effect type link is temporally placed after the initiation of the flight by the airline.

Moreover, the fact that an air transport operator has complied with the minimum standards for the maintenance of an aircraft cannot be a sufficient argument to prove that this transport operator has taken “all possible measures” within the meaning of Article 5( 3) from Regulation (EC) no. 261/2004 and to be exempted from the compensation obligation provided for in Article 5 paragraph (1) letter (c) and Article 7 paragraph (1) of this Regulation.

Article 5 paragraph (3) of Regulation (EC) no. 261/2004, related to art. 14 of the same Regulation must be interpreted in the sense that the “reasonable measures” that an air transport operator is obliged to adopt in order to reduce and even prevent the risks of collision with a bird and thus to exempt himself from the obligation to compensate passengers, include resorting to preventive control measures regarding the existence of the mentioned birds, provided that, especially on a technical and administrative level, such measures can effectively be adopted by this air transport operator, these measures do not impose sacrifices that cannot be undertaken in relation to the capabilities of its undertaking, and the transport operator concerned has demonstrated that the said measures have actually been adopted in relation to the flight concerned by the collision with a bird, it being up to the court to ensure that these conditions are met .

Taking into account the fact that the interpretation of the invoked legal text suggests that these steps must be taken before the actual time of flight initiation, the argument brought in support of the fact that the aircraft had to return to Amsterdam airport due to technical malfunctions that could not be foreseen or prevented by the airline is irrelevant, especially due to the fact that by doing all the necessary diligence and by concretely using some special technologies, the risk of the collision could have been avoided or at least reduced.

In justifying the decision, the Arad Tribunal also took into account the content of another reference decision ((Case C-257/14 Corina van der Lans v Koninklijke Luchtvaart Maatschappij NV (KLM Royal Dutch Airlines), which I invoked in the appeal, pronounced against the same airline, also by the European Court of Justice, which provides in point 18, subsection 5, the fact that neither collisions with birds nor those with ash clouds can be considered exceptional events, within the meaning of point 23 of the Wallentin-Hermann judgment, since both examples are circumscribed by the phrase “inherent in the normal exercise of the activities of the air transport operator” which is interpreted systematically in the decisions given at first instance as meaning «related to the normal activities of the air carrier».

Therefore, the Arad Tribunal found that the air transport operator did not prove that the cancellation of the flight was caused by extraordinary circumstances that could not have been avoided despite the adoption of all possible measures and admitted on 16.06.2022, the appeal on which Costaș, Negru și Asociații Lawyers’ Civil Partnership formulated for its clients, obliging the air operator to pay a compensation of 600 euros for each claimant.

Representation in court was provided by Ms. Diana Badiu from the Costaș, Negru & Asociații team.

Cancellation of the payment incident. Payment of the debit on time. Delayed lending

The Compensation in Case of Expropriation for Reasons of Public Utility

Abuse of office. Breach of duty. The acquittal or how a criminal case should never…

The “40% Romanians” Rule in Team Sports: Immediate Reality or Utopia? 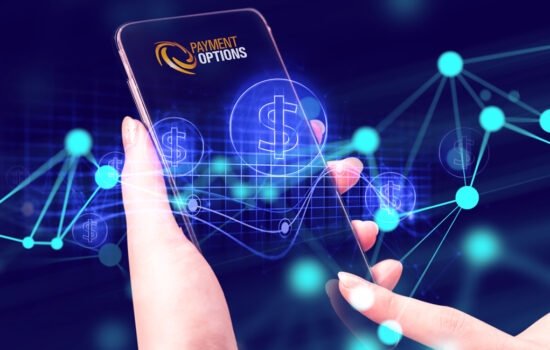 Cancellation of the payment incident. Payment of the debit on time. Delayed lending
August 12, 2022 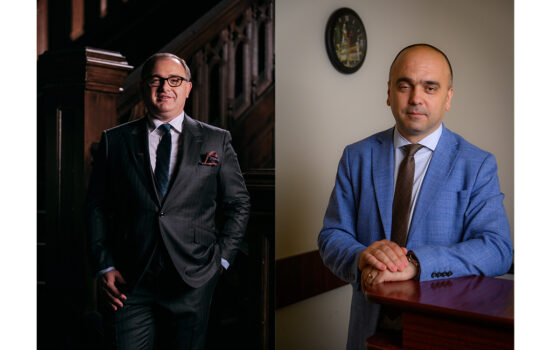 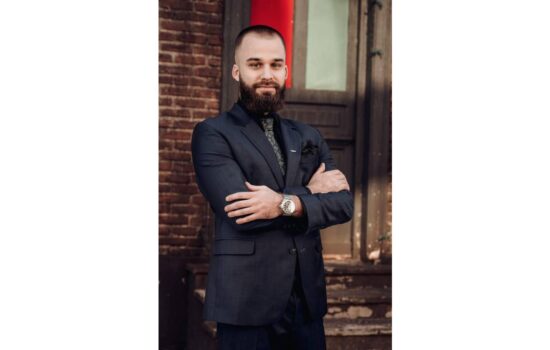 The Compensation in Case of Expropriation for Reasons of Public Utility
August 5, 2022 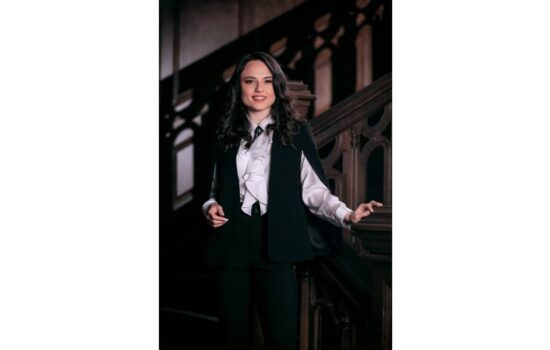 Chaos in airports. Fear of flying replaced by fear of not flying?
July 27, 2022
Archive