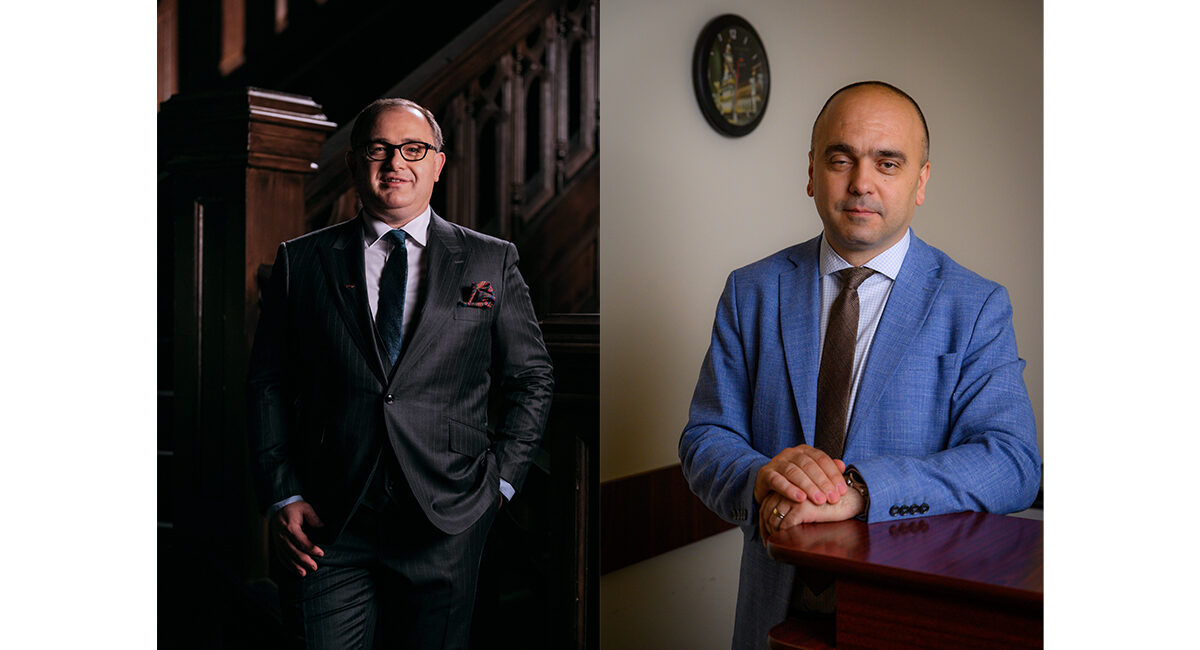 Costaș, Negru & Asociații, working together with Radu Călin Buda’s lawyer office, successfully represented a client which was financially sanctioned under art. 2 par. (2) of the (EU) Regulation no. 269/2014 and art. 26 par. (1) (a) of Government Emergency Ordinance no. 202/2008 respectively.

For wider considerations regarding international financial sanctions, including those applied by the European Union, we refer to a very well documented material previously published by Costaș, Negru & Asociații lawyers in 2020: A. Tomuța, I. Galiș, D.I. Badiu, Big Brother din perspectiva sancțiunilor (financiare) internaționale, în Cluj Tax Forum Journal nr. 4/2020, p. 34-51. It must be noted that both the referred article and the discussed affair concern facts and European regulations prior to 2022, when the European Union enforced serious restrictions on the market of fertilizers coming from the Russian Federation and Belarus.

In the abovementioned affair, in 2020 antifraud inspectors from D.R.A.F. 5 Deva audited the business of company G. in Arad, a company that sold on the Romanian market, amongst others, fertilizers. In fact, company G. was connected to the distribution network of a fertilizers’ distributor, organized as such:

– The supplier of centralized supply services (company A. in United Arab Emirates) obtained a good price from the distributor for the sale of fertilizers and, by supplying real brokerage services, facilitated the connection between the distributor and the other members of the distribution network. According to available date, company A. acted solely, but on behalf of distributor O. on the European market (in various member states of the European Union as well as in Switzerland, Ukraine and Serbia), in Africa, Asia and the USA.

– The distributor organized, within this distribution network, the transport of the sold goods from the producer (factory M. in Russia) to a network member (e.g. company P. in Austria) or to a client indicated by this network member (e.g. company G. in Romania), in conditions of economic efficiency (for example, by train, on the route Russian Federation – Ukraine – Romania).

D.R.A.F. 5 Deva considered that there was a breach of art. 2 par. (2) of (EU) Regulation no. 269/2014, namely that company G. made available to a person sanctioned and listed in Annex I of the Regulation (Mr. R) funds or economic resources. In order to support such a conclusion, the following arguments were put forward:

– According to information from the databases Refinitiv and Orbis, made available by two Romanian banks, factory M. was indirectly held by Mr. R., a person to be found on the European Union’s sanctions list.

– It resulted from some open sources (same as those employed for the Refinitiv and Orbis reports), namely Internet articles from 2011 to 2016, that Mr. R. made public his intention to buy a majority stake in factory M. from Russia.

– According to a report published in 2019 by the Financial Information Unit of Estonia, based on open sources information also, company A. distributes in the European Union fertilizers produced by factory M. in Russia, which represents an incident in the application of the international sanctions established by the (EU) Regulation no. 269/2014.

By its decision no. 2814 of 11 June 2021, the Arad First Instance Court entirely annuled the report of 8 October 2020 and exonerated company G. from the payment of the fine of 30,000 lei, as well as from the associated sanction of confiscation of the amount of 7,331,284.07 lei. The court described, in a vast motivation, the complete legislative framework in the European Union, which was also represented by the Guidelines of 4 May 2008, stressing the actual check-ups an economic operator must perform. For example, relying on par. 67 of these Guidelines, it was noted that payments making does not represent making available of funds if the amounts were to be used by a company that was not sanctioned directly (factory M.) in order to generate profit or to distribute dividends to listed shareholders.

It was further noted that all accusations to company G. were based on press articles to be found on the Internet (those being referred by the databases and the report from Estonia), drafted in foreign languages and not on official information or personal verifications of the antifraud inspectors. Therefore, ruled the Court, such online information sources were not enough to justifiy the sanctions applied to company G.

The Arad First Instance Court also considered relevant the fact that in December 2019, after the press articles were published, company G. was subject to an audit carried out by the Customs Authority in Romania specifically in what fertilizers’ imports from the Russian Federation were concerned. No breach of the national or European legislation was determined and, additionaly, for the whole period 2013 – 2020 company G. received abilitation certificates from the Romanian authorities, that is explicit authorisations for the import of fertilizers from factory M. in Russia.

Last but not least, the First Instance Court also acknowledged there was no proof that company G. had any suspicions regarding factory M. and that this company had no intention to eludate international sanctions. As a matter of fact, company G. purchased in exactly the same manner fertilizers from company P. (Austria) since 2013, before the adoption of any sanctions, through the same distribution network, without any Romanian or European Union’s authority ever claiming that there had been a breach of international financial sanctions.

The Arad Tribunal heard the appeal against the judgement of the Arad First Instance Court. By its judgement no. 243A of 4 May 2020, the appeal was dismissed (by a majority decision).

In a first line of arguments, the appeal court stated that neither reports from the databases Refinitiv or Orbis (which synthetise information from online sources and are supplied with reserves as to the reliability of information) nor the articles on Internet can be considered direct evidence. The Tribunal mentiones with a touch of humour that speculations usually found in tabloids were upheld to the level of “evidence” and that such information, although available online, were never valued by the institutions of the European Union (the living proof is that, in 2022, there is no mention in Annex I of Regulation no. 269/2014 to the fact that factory M. is controlled by Mr. R.). Moreover, giving credit to the legal opinion submitted by a professor of the Faculty of Law in Cluj-Napoca, the appeal court ruled that a report prepared by a financial informations service from Estonia is not an official document, with legal force and relevance, especially when it simply compiles information from Internet also. This report did not contain an apostile that would make possible its recognition in Romania.

The conclusion and maybe the essence of this affair is to be found in a kew phrase of Arad Tribunal: “The best confirmation of this approach is reality: although Internet and its open sources are available to everyone, not only to antifraud inspectors, not a single public authority from a member state adopted any sanction on the incrimination R. – M. and the Council of the European Union did not consider the information and the “evidence” as reliable enough to bring new accusations to R. “.

To go on with, in a reference to the judgement of the Court of Justice of the European Union from 22 October 2015 in case C-277/14, PPUH, the Arad Tribunal indicated that company G. did not and does not have extensive investigative powers. The Tribunal underlines that, following the antifraud audit, company G. asked any competent national authority in the field of international financial sanctions to communicate whether it held information concerning factory M. between 2013 and 2020 and in which way it made this information available to the general public. None of these authorities could prove that it detained such official information or that it made such information available.

The Arad Tribunal explicitly reproaches to D.R.A.F. 5 Deva the lack of any legal logic as to the admission of the fact that there was no official publicity of the “problems” of factory M., combined with the assertion that Romanian authorities held information and would have provided them if required, in the same line with instructing company G. to seek information … on unofficial websites.

As far as company G. was concerned, the appeal court decided that this paid attention to official reports concerning the fertilizers’ market, where it was specifically noted the supply of fertilizers produced by factory M. in a number of states from the European Union, no restrictions implied.

Moreover, the Tribunal acknowledged that every fertilizers’ import from Russia and factory M. was effected by company G. based on an abilitation certificate issued by Romanian authorities and consequently mentioned in this certificate, which was presented to customs authorities. The imports were not occasional but implied considerable amounts of fertilizers that were bought from 2013 to 2020. As a consequence, if the Romanian authorities had no suspicions regarding the imports and permitted them to be carried out, there are no reasonable grounds to consider that company G. should have had its suspicions.

In a distinct analysis, the Arad Tribunal held that the relationships of ownership or control, in the sense of (EU) Regulation no. 269/2014, are not simple facts to be determined, but true legal acts, which must be proved accordingly, in reference to official documents. Referrals to information which are a decade old do not meet that standard, particularly since the structure of shareholders’ stakes in a company can change, in a society based on speed, in less than 15 minutes.

For all these reasons, in a majority solution, the Arad Tribunal dismissed the appeal of D.R.A.F. 5 Deva.

It must be mentioned that, in appeal, the defence team also comprised Mr. Cristian Clipa, a lawyer with Timiș Bar Association and a significant contributor to the success of the legal action.

Similar judgements, some of the not final, were issued in other affairs by courts in Galați, Suceava, Iași și Brăila, which demonstrates the national failure of the antifraud audit action of 2020.

This article was prepared, for the blog of Costaș, Negru & Asociații, by Dr. Cosmin Flavius Costaș and Mr. Radu Buda (both from the Arad Bar Association).