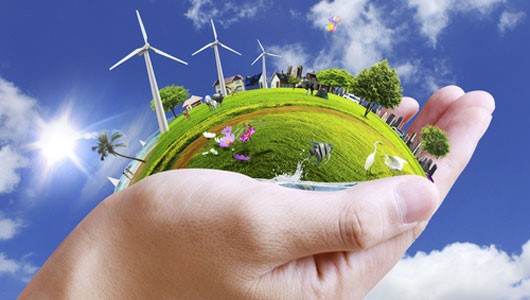 In early November, world’s leaders gather in Sharm el-Sheikh (Egypt) for the 2022 United Nations Climate Change Conference or COP27 (the 27th Conference on that topic). In this respect, following a topic that is recently requring legal assistance in Romania as well, the Costaș, Negru & Asociații team is looking into green certificates and their legal regime.

I. REGULATION AND UTILITY

In this article we aim to answer these questions, as clearly and comprehensibly as possible for everyone.

One of the ways chosen by many countries to reduce pollution and carbon dioxide emissions is to stimulate the production of energy from renewable sources.

Have you ever wondered why we pay extra on our electricity bill? This surplus represents the cost of green certificates through which the final consumer contributes to a less polluted environment. On the other hand, companies that have invested in clean energy production are rewarded through the mechanism of green certificates. For each MWh delivered, they receive a certain number of green certificates depending on the technology used (wind, solar, biomass or others).

However, green certificates also have the property of being traded on an organized market, which increases their functionality and practical utility.

Thus, Law no. 220/2008 is a transposition of Directive no. 2009/28/EC of the European Parliament and of the Council regarding the promotion of the use of energy from renewable sources, amending and subsequently repealing Directives no. 2001/77/EC and no. 2003/30/EC. According to 2 lit. h from Law no. 220/2008: The green certificate is the title that certifies the production of a quantity of electricity from renewable energy sources. The green certificate can be traded, separately from the amount of electricity it represents, on an organized market, under the terms of the law. The green certificate is not a financial instrument.

Trading and the obligation to purchase green certificates must be carried out in a transparent, centralized and non-discriminatory manner on the centralized markets managed by the commercial operator of the electricity market.

The authority responsible for the creation of an organized, transparent and functional market is the National Energy Regulatory Authority – hereinafter It also establishes the mandatory purchase quota for suppliers according to the E-SRE (Electricity produced from renewable energy sources) energy support quota.

For the final consumer, a green certificate is the equivalent of an amount of money that he pays for the kW consumed each month. This certifies that the energy used in the previous month comes from a renewable source.

For each MWh of energy produced from renewable sources, accredited producers are allocated a number of green certificates, depending on the source of energy produced. At the same time, the suppliers have the obligation to purchase from those producers a certain number of green certificates in proportion to the amount of electricity sold to the final consumers.

The system assumes that the producers of electricity from renewable sources receive from the transport and system operator – Compania Nationala de Transport a Energiei Electrice Transelectrica, a number of green certificates for each MWh of energy delivered to the network. It issues monthly green producer certificates for the amount of electricity produced from power plants that uses renewable energy sources, from which the amount of electricity needed to ensure their own technological consumption is deducted. So, green certificates are subject to trading and acquire value only at that time.

Annually ANRE establishes for each supplier and for each of the producers who have the obligation to obtain a green certificate degree, the rank of the mandatory annual safety quota of the green certificate for the previous calendar year.

If these certificates are not purchased, the suppliers, as well as the producers who do not achieve the mandatory annual quota, are obliged to pay the counter value of the unpurchased green certificates to the Environment Fund Administration in the amount of 80 euros for each unpurchased certificate.

To be able to carry out all these steps, the economic operator that owns power plants that use renewable sources must obtain accreditation from the National Energy Regulatory Authority. Accreditation is the activity that this authority carries out in order to grant the right to benefit from the promotion system with green certificates in accordance with the law.

This process begins with the documentation stage, more precisely with a request addressed to the ANRE registry, which is resolved by a decision. ANRE publishes and updates on its website the list of accredited economic operators and accredited power plants for the application of the promotion system through green certificates. In case of rejection of the accreditation, ANRE’s decision can be challenged at the administrative court.

In order to carry out these transactions, OPCOM is the authority that ensures the legal framework, according to ANRE regulations. OPCOM, as the administrator of the Centralized Market of Green Certificates, does not participate in this market in the financial flows between buyers and sellers. In accordance with art. 11 of Law no. 220/2008, the trading value of green certificates for the year 2022 falls between:

On the market of bilateral contracts of green certificates, participants are free to engage in bilateral transactions by concluding sales-purchase contracts at negotiated prices for determined periods.

Any dispute or misunderstanding is usually resolved mutually between the parties involved. If the divergence could not be resolved, the parties can appeal to the Court of International Commercial Arbitration attached to the Chamber of Commerce and Industry of Romania. By exception, within the scope of bilateral contracts, the parties may establish, by mutual agreement, other arbitration bodies or entities to resolve their differences.

In conclusion, the green certificate system is a support scheme to encourage electricity producers to use renewable sources, to become more competitive for a positive and efficient effect in this field. However, this aspect is an important factor in conserving the limited resources we have and a balance between the level of consumption and the damage that the level of production from exhaustible resources could generate.

This article was prepared for the Blog of Costaș, Negru & Asociații by Mrs. Adela Suciu and Mrs. Nicoleta Dreglea, both lawyers in Cluj-Napoca office.