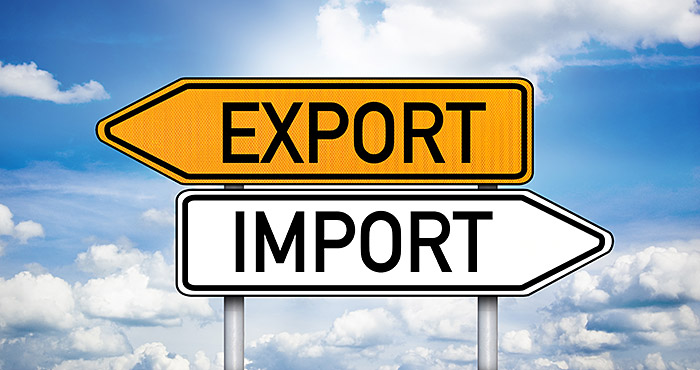 Reanalyzing customs declarations: between the protection of European Union’s interests and the principle of legal certainty

The principle of legal certainty and of the protection of legitimate expectations is certainly one of the most analyzed and debated principles of law, being frequently found in the repertoire of national or European courts. However, this principle is much attenuated in certain areas of taxation, such as the situation of the customs sector. In this field, Regulation (EU) no. 952/2013 of the European Parliament and of the Council laying down the Union Customs Code (hereinafter – The Union Customs Code) gives the opportunity to reverify customs declarations, so that this principle becomes subject to certain when in comes to customs duties.

We are very pleased to present the solution pronounced by the Cluj courts in one of the cases managed by Costaș, Negru & Asociații. Our lawyers have successfully argued before the courts the need to apply the principle of legal certainty in a case concerning customs obligations, by drawing the limits that reverification in customs matters may have.

The discussions were also carried out beyond these elements, as the lawyers have invoked a series of other arguments regarding the nature of the operation performed, with the interpretation of art. 203 of The Union Customs Code and the specifics of the customs regime involved (customs warehouse).

The whole issue begins with the import operation carried out by a Romanian legal entity. The taxpayer verified by the customs authorities imported a good from Serbia in 2017. However, the good was produced on the territory of the European Union and did not undergo any modification outside the customs territory of the Union, being placed in a customs warehouse in Serbia. At the time of the transaction, the person provided all the necessary documents regarding the origin of the goods, using a EUR 1 certificate. The taxpayer indicated that the good had a preferential origin, meaning that the mechanism provided by the Regional Convention on pan-Euro-Mediterranean preferential rules of origin will be applicable. At that time, the customs authorities verified the documents submitted by the taxpayer, granting a series of preferences to the import of the good.

Subsequently, in 2019, the customs authorities considered that a reverification is required, based on art. 48 of the Union Customs Code, regarding the subsequent control:

For the purpose of customs controls, the customs authorities may verify the accuracy and completeness of the information given in a customs declaration, temporary storage declaration, entry summary declaration, exit summary declaration, re-export declaration or re-export notification, and the existence, authenticity, accuracy and validity of any supporting document and may examine the accounts of the declarant and other records relating to the operations in respect of the goods in question or to prior or subsequent commercial operations involving those goods after having released them. Those authorities may also examine such goods and/or take samples where it is still possible for them to do so.

In 2019, the local Customs Office considered that the rules of the Regional Convention on pan-Euro-Mediterranean preferential rules of origin could not be applied in the present case. Therefore, it established additional fiscal obligations in the amount of 43,708 lei, consisting of differences in import duties and VAT (as a result of the change in the VAT tax base), respectively interest and penalties for delay.

The main defenses of the taxpayer focused on the principle of legal certainty, taking into consideration the limitations imposed by the Union Customs Code in regard to any reverification. Alternatively, the taxpayer invoked the existence of import preferences, stating that the European Union granted preferences to transactions involving EU goods that return on the territory of the Union, without undergoing modifications, as mentioned in art. 203.

Art. 27 stipulates the conditions under which the annulment of a decision favorable to the counter-employee may operate:

1. The customs authorities shall annul a decision favourable to the holder of the decision if all the following conditions are fulfilled:

(a) the decision was taken on the basis of incorrect or incomplete information;

(b) the holder of the decision knew or ought reasonably to have known that the information was incorrect or incomplete;

(c) if the information had been correct and complete, the decision would have been different.

Also, the provisions of art. 100 para. (3) of Law no. 86/2006 on the Customs Code state: When after review of the declaration or subsequent control it appears that the provisions governing that customs procedure have been applied on the basis of inaccurate or incomplete information, the authority shall take measures to regularize the situation, taking into account the new elements at its disposal.

The customs authorities considered that the conditions for carrying out a subsequent control and for annulling the initial decision were met. In reality, however, they had all the information and documents regarding the origin of the good from the moment of the import. As well, the documents used at the time of import were the same as those observed during the reverification, so that the customs authority could not subsequently invoke those stipulations.

We pointed out that the new decision violates the principle of legal certainty. Although this principle is attenuated in customs matters, the limits indicated by The Union Customs Code cannot be exceeded. It is also necessary to take into account the obligation of the customs authorities to carry out a simultaneous effective control, which excludes a subsequent arbitrary interpretation.

In the context, we emphasized several cases of the Court of Justice of the European Union, of which we mention the case C-173/06 Agrover: (…) it should be noted that Article 220(2)(b) of the Customs Code is intended to protect the legitimate expectation of the person liable for payment that all the information and criteria on which the decision to recover or not to recover customs duties is based are correct. The legitimate expectations of the person liable attract the protection provided for in that article only if it was the competent authorities ‘themselves’ which created the basis for those expectations. Thus, only errors attributable to acts of the competent authorities create entitlement to the waiver of subsequent recovery of customs duties (see, by analogy, Mecanarte, paragraphs 19 and 23).

The taxpayer also relied on the interpretation given by the Court in Case C-427/14 SIA Veloserviss, in which the Court stated that the new data appearing after the time of the operations came from a report prepared by the European Anti-Fraud Office.

The court pointed out that the customs authorities could perform the reverification only if they had proved the existence of new and different information from those initially provided, a situation that could not be retained in this case.

The Cluj Court of Appeal upheld this decision, by Civil Decision no. 1404/2020, considering that the reasoning presented by the Cluj County Tribunal is correct. The judges stated that the customs authorities had all the information about the operation both at the time of the simultaneous control and on the occasion of the reverification. The court also noted that the customs authorities did not have any objections to the documents submitted by the taxpayer in 2017. In this context, the judges emphasized that a reverification could not take place, as the very condition of the existence of accurate or incomplete information was not met, and the mistake of the customs authorities in classifying a product is not among the reverification hypotheses.

The client was represented in court by Ms. Alexandra Mureșan, a senior lawyer practising in the field of tax law.