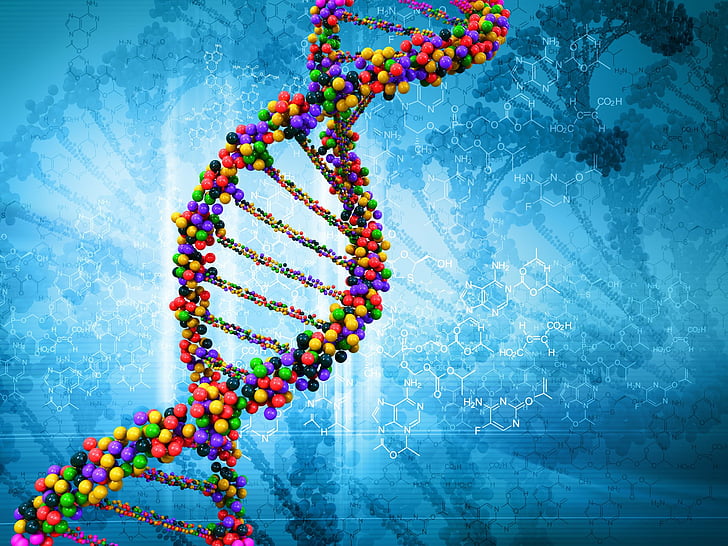 DNA Experts Report and Determination of Paternity in a Special Case

Following a recent case managed by Costaș, Negru & Asociații, we prepared a concise report on the legal tools available for the recognition of paternity in a special case (death of father before the child was born) and the possible use of a DNA experts report.

Mr. CZB, a Romanian citizen and a Hungarian citizen, died at the beginning of April 2020 in a motorcycle accident in Johannesburg, South Africa. It was employed in the United Kingdom by Menzies Aviation, a ground handling company at airports with a contract of employment, and was posted to Johannesburg. His death occurred during working hours at home because at that time the local tenure was also established in South Africa.

His girlfriend, Ms. R, a Romanian citizen, with whom he had an exclusive relationship of 12 years and who worked in Edinburgh, was pregnant in 12 weeks with Mr. CZB’s child at the time of his death.

After autopsy, DNA samples have been collected from Mr. CZB and he was incinerated after confirmation that DNA samples are viable, for reasons of COVID-19.

After the problems regarding life insurance and pensions due to Mr. CZB were solved, the client (Ms. R) called for the services of Costas, Negru & Asociații to help her with the following legal issues:

Strategy of Costas, Negru and Asociații

Therefore, after the birth of the minor PM on 1 November 2020, we registered on the role of the T. Court, on 21.12.2020, the action in establishing the paternity of the child outside the marriage. The competent court, in accordance with the general rules of jurisdiction set out in Article 107 of the new Code of Civil procedure, shall be the court in whose constituency the defendant is domiciled or has its seat, unless the law provides otherwise. Since the action in establishing paternity can also be started against the heirs of the alleged father, the alleged father having died, the action was started and sustained in contradiction with Mr. CZB’s mother, legal heir under Article 963 Civil Code, with the ruler in town T.

As mentioned before Miss R and Mr. CZB were never married in the 12 years of thier relationship, and for these reasons we could not rely on the presumption of paternity introduced by Article 414 Civil Code. Thus, for establishing the paternity of the minor the only legal way available is the delivery of a court ruling according to Article 425 and the following civil code.

When drafting the action, we have taken into account the following essential aspects: the date of the minor’s conception, the way of establishing the child’s filth, the presumption of paternity and DNA expers report.

As for the moment of conception of the child, the provisions of Article 36 of the Civil Code, which refer to Article 412 of the same Code, become applicable, according to which “the period of time between the three hundred and one hundred and eighteenth day before birth of the child is the legal time of conception. It shall be calculated daily. By means of scientific evidence, proof of the conception of the child may be produced within a certain period of the period referred to in paragraph 1 or even outside that period.

As regards the present case, it follows from the legal presumption established by the abovementioned legal provisions that on 1.04.2020 (date of Mr. CZB’s death), Miss R was pregnant in 56 days. The child was born on 1.11.2020, so about 270 days after the conception. The 270 days before the time of birth are within the 180–300 days prescribed by law, so that at the time of Mr. CZB’s death the child is in the legal time of conception.

As regards the child’s paternal filiation, the law provides for two possibilities, where the child’s father is not the mother’s husband:

As regards the wording of the text, no difference is made on the grounds of the non-recognition by the father. In this context, in relation to the ubi lex non distinguished principle, nec nos distinguere debemus, we believe that the legislator wanted to include in this case both situations where the father is objectively unable to proceed with the recognition of the child and situations motivated by subjective circumstances.

The present situation therefore falls within the scope of the case where recognition was not carried out by the father for objective reasons (his death) and becomes subject to the presumption of parentage provided for in Article 426 Civil Code.

As we mentioned before, although Ms. R. was not married to Mr. CZB, they had an exclusive and long relationship (twelve years) during which she became pregnant, and after the death of her partner she gave birth to their child, MP.

Thus, the child benefits from the presumption of paternity provided for in Article 426 (1) Civil Code, which establishes that paternity shall be presumed if it is proved that the alleged father has cohabited with the mother of the child during the legal time of conception, the latter being the period of time between the three hundreth and one hundred and eighteenth day before the child’s birth.

Ms. R and the child’s father lived together during the legal period of conception. In order to prove this, we have taken advantage of the declaration made by the two on the occasion of the visa application for South Africa, in which Mr. CZB stated that he had an exclusive relationship for 12 years and that he lived together.

As far as the DNA expers report is concerned, Article 412(2) of the Civil Code States that: “Evidence of the conception of the child may be provided by scientific means within or outside the time limit laid down in paragraph 1“.

At the request of Ms. R, following the death of the father and prior to his incineration, DNA samples were collected from him to carry out an DNA survey to prove his paternity to the then unborn child. For safety reasons and for greater probatoy value, I decided to perform two experiments, one by the laboratory which sampled the minor’s father (DNAlogy – European Center for Genetics and DAN identity, in Johannesburg – South Africa) and one by the Romanian laboratory that took samples from the mother and child.

The first expert study was carried out by DNAlogy – European Center for Genetics and DNA Identification on 25.11.2020, and the second expert was carried out by the genetic Center of the Regina Maria medical institution in Cluj-Napoca and the result was recorded on 20.11.2020 in a medical analysis report. For these expert studies, genomic DNA a was extracted from oral cells for the mother and the son and a sample of muscle tissue was used from the suspected father. In both surveys, 16 polymorphic systems were analyzed, with each polymorphic system characterized by the presence of two alles (one coming from the mother and one by the paternal route). The paternity index has been calculated taking into account the frequency of the alles in the population.

Decision of the Court

Thus, thoroughly and legally, the court has held that under these conditions concerning the death of the alleged father, the only legal way available for establishing the minor’s paternity is the delivery of a court decision according to Article 425 and the following of the Civil Code: “The action in establishing paternity outside marriage belongs to the child and is started on his behalf by his mother, even if he is a minor, or by his legal representative. Action in establishing paternity may also be taken against the heirs of the alleged father”.

In law, Article 412 of the same normative act stipulates that “the time interval between the three hundred and one hundred and eighteenth day before the child’s birth is the legal time of conception. It shall be calculated daily. By means of scientific evidence, proof of the conception of the child may be produced within a certain period of the period referred to in paragraph 1 or even outside that period.‘’

In the present case, the Court has chosen to use exclusively the legal presumption of the time of conception given that the minor was born on 1 November 2020, the period of the conception being within 120 days, that is, the period from 7 January 2020 to 6 May 2020, which includes a period up to 1 April 2020, characterized as described above by the maintenance of exclusive intimate relations between Miss R and the CZB.

According to Article 426 (1) civil code, with the marginal name ‘presumption of parentage toward the alleged father`: ‘Paternity shall be presumed if it is proved that the alleged father had convied with the mother of the child during the legal time of the conception.`

The Court held that although Miss R was not married to the called CZB, she had an exclusive and long relationship (of almost twelve years) during which she remained pregnant and her partner was born MP child after the death.

The Court therefore established that the minor enjoys the presumption of paternity provided for in Article 426 (1) Civil Code, which establishes that paternity shall be presumed if it is proved that the alleged father had cohabited with the mother of the child during the legal time of the conception, the latter being the period of time between the three hundred and one hundreth and eighteenth day before birth.

Thus, the court ruled in favour of the plaintiff and established that Mr. CZB was undeniable the natural father of the minor MP, the judgment remaining final by not calling it on 3.05.2021.

However, although in the present case it was also requested to take into account the conclusions of the expers report carried out by DNAlogy— European Center for Genetics and DNA Identification on 25.11.2020 and the expers report carried out by the Genetic Center of Regina Maria on 20.11.2020, with regard to these evidence, the court found that they did not meet the required legality requirement, given that, in the interpretation of Government Decision No 774/2000 and order No. 1134/2000 concerning the procedural rules for carrying out legal medical examinations, The exclusivity of the Institute of forensic Medicine was retained in conducting findings, expers report and other forensic works.

The solution of the Court in this case, although favorable to our client, calls into question the recognition of a DNA expers report carried out by any authorized institution other than the Institute of Forensic Medicine.

This case was managed by a team of lawyers from Costaș, Negru & Asociații composed of Ms. Diana Ioana Badiu, Ms. Irina Galiș and Ms. Clara Dohotar.